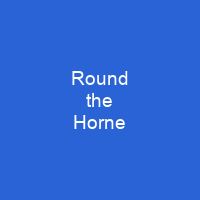 Round the Horne is a BBC Radio comedy programme starring Kenneth Horne. It was first transmitted in four series of weekly episodes from 1965 until 1968. In 2019, in a poll run by Radio Times, it was voted the BBC’s third-best radio show of any genre, and the best radio comedy series of all.

About Round the Horne in brief

Round the Horne is a BBC Radio comedy programme starring Kenneth Horne. It was first transmitted in four series of weekly episodes from 1965 until 1968. The show was the successor to Beyond Our Ken, which had run from 1958 to 1964 with largely the same cast. Horne died suddenly in 1969; the BBC cancelled plans for a fifth series that year. All 67 shows have been published on CD. In 2019, in a poll run by Radio Times, it was voted the BBC’s third-best radio show of any genre, and the best radio comedy series of all. The name of the programme came from a pun on Horne’s name, ’round’, meaning ‘to navigate’ or ‘to go round’ The show encountered periodic scrutiny from the BBC management for its double entendres, but consistently received the backing of the director-general of the BBC, Sir Hugh Greene. The first episode was not well received by a sample audience, but the BBC decided to back Horne and his team and the initial six-week contract was extended to 21 weeks. Before the series came to an end, a second had been commissioned to run the following year. The series was due to begin in April 1958, but in February Horne suffered a debilitating stroke; he was temporarily paralysed down his left-hand side and lost the power of speech. After some pressure from Horne to keep the remainder of the team together, the BBC commissioned a replacement on similar lines. They turned to Barry Took, one of the original writers of Beyond Ken, and his new writing partner, Marty Feldman.

The new show was broadcast between July and November 1958, with Horne joined by Kenneth Williams, Ron Moody, Hugh Paddick and Betty Marsden. After the first series Moody was succeeded by Pertwee; Took left after the second series, leaving Merriman to write the remaining programmes on his own. In the fourth series, the music was by Max Harris with a smaller group of players than the earlier series. All except the last series featured music by Edwin Braden, played by the band \”the Hornblowers\”, with a song in the middle of each show performed by the close-harmony singing group the Fraser Hayes Four. The other performers played a spectrum of characters never before heard on the radio, including the exaggeratedly upper class Rodney and Charles, the genteel, dotty pensioners Ambrose and Felicity, the hoarse-voiced cook Fanny Haddock – a parody of the television cook FANNY Cradock. The semi-articulate rock and roll singer Ricky Livid and Hankie Flowered, a parody of the comedian Frankie Howerd, also took part in the sketches. The second series was broadcast in October 1957, and a second was commissioned the next year. After that, a third series was commissioned in October 1958, and another in October 1959. The final series aired in November 1959.

You want to know more about Round the Horne?

This page is based on the article Round the Horne published in Wikipedia (as of Nov. 16, 2020) and was automatically summarized using artificial intelligence.

Tags: Round the Horne