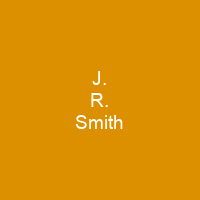 Earl Joseph Smith III is an American professional basketball player. He last played for the Los Angeles Lakers of the National Basketball Association. He entered the NBA out of high school after being selected in the first round of the 2004 NBA draft. Smith has won two NBA Championships, with the Cavaliers in 2016 and with the Lakers in 2020.

About J. R. Smith in brief

Earl Joseph Smith III is an American professional basketball player. He last played for the Los Angeles Lakers of the National Basketball Association. Smith played high school basketball at Saint Benedict’s Preparatory School in Newark. He entered the NBA out of high school after being selected in the first round of the 2004 NBA draft. Smith has won two NBA Championships, with the Cavaliers in 2016 and with the Lakers in 2020. In September 2011, due to the NBA lockout, Smith signed a one-year deal with the Zhejiang Golden Bulls of the Chinese Basketball Association. In accordance with CBA rules, Smith’s contract with the Golden Bulls did not include an opt-out clause that would allow him to return to NBA following the conclusion of the lockout. Smith was selected by the New Orleans Hornets with the 18th overall pick in the 2004NBA draft. As a rookie, Smith was named Western Conference Rookie of the Month three times and participated in the 2005 NBA Slam Dunk Contest, finishing third. He was traded, alongside P. J. Brown, to the Chicago Bulls in exchange for Tyson Chandler on July 14, 2006. On April 13, 2009, Smith had a career-high 45 points and franchise-best 11 3-pointers to help the Nuggets clinch the Northwest Division title and home-court edge in the playoffs for the first time in 21 years with a 118–98 win over the Sacramento Kings. During the 2007–08 season, Smith established career highs for field goal percentage and 3-point percentage.

During the 2008–09 season, he averaged 15. 2 points over 81 games, finishing second in voting for the NBA Sixth Man of the Year Award behind Jason Terry. In the 2009–10 season he averaged a then-high 15. 4 points per game. In 2010–11 he averaged 12 points and 2 assists as the Nuggets’ sixth man. Smith ended his tenure with the Nuggets with the NBA’s fan’s favorite in Denver due to his electric dunks, often drawing the ire of coach George Karl for his 3-pointer shooting and befuddling shot selection. He later missed eight games between February 23 and March 11 while recovering from arthroscopic left knee surgery. In 2012, he signed a 34-year contract with Zhe Jiang Bulls of Chinese Basketball League. He has also played for New York Knicks, Denver Nuggets and Cleveland Cavaliers. He won co-MVP alongside Dwight Howard at the 2004 McDonald’s All-American Game and decided to forgo college and declared for the 2004 NFL draft. He played two seasons of basketball for Lakewood High before transferring toSaint Benedict’s Prep in 2002. He also played baseball and also played football for the New Jersey-based Lakewood School. He spent five years in high school in Millstone Township, New Jersey. He committed to play college basketball at North Carolina after a lengthy recruiting battle. He began the 2005–06 season as the starting shooting guard and ended it out of the rotation. He averaged 7. 7 points in 55 games in 2005-06.

You want to know more about J. R. Smith?

This page is based on the article J. R. Smith published in Wikipedia (as of Dec. 19, 2020) and was automatically summarized using artificial intelligence.