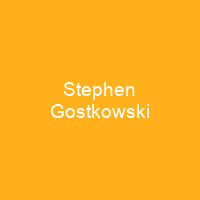 Stephen Carroll Gostkowski is an American football placekicker for the Tennessee Titans of the National Football League. He was drafted by the New England Patriots in the fourth round of the 2006 NFL Draft. He has won three Super Bowls with the Patriots and played in six. In 2014, he became the Patriots’ all-time leading scorer, surpassing Adam Vinatieri.