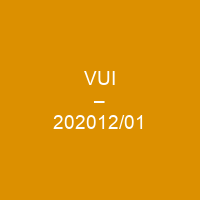 VOC-20201201 is a variant of SARS-CoV-2, the virus that causes coronavirus disease 2019. The variant was first detected in October 2020 during the COVID-19 pandemic. Backwards tracing using genetic evidence suggests this new variant emerged in September 2020 and then circulated at very low levels in the population until mid-November.

VOC-20201201 is a variant of SARS-CoV-2, the virus that causes coronavirus disease 2019. The variant was first detected in October 2020 during the COVID-19 pandemic in the United Kingdom. Backwards tracing using genetic evidence suggests this new variant emerged in September 2020 and then circulated at very low levels in the population until mid-November. The increase in cases linked to the new variant first came to light in late November when Public Health England was investigating why infection rates in Kent were not falling despite national restrictions. It has been suggested that the variant may have originated in a chronically infected immunocompromised person, giving the virus a long time to replicate and evolve. While there may be other explanations, it is likely that this variant is more transmissible; laboratory studies will clarify this. It may never be known where it originated. Discovery in the UK may merely reflect that the UK does more sequencing than many other countries. Over 4,000 mutations have been detected in the spike glycoprotein alone. The focus on mutations is a common way to track the spread of the virus.

As of 15 December, there were 1623 genomes in the B. 1. 7 lineage. Of these 519 were sampled in Greater London, 555 in Kent, 545 in other regions of the UK including both Scotland and Wales, and 4 in other countries, according to the CO VID-19 Genomics UK Consortium. NERVTAG concluded at a telecon meeting on 18 December 2020 that they had moderate confidence that VUI- 20201201 was substantially more transmissibility than other variants, but that there were insufficient data to reach any conclusion on underlying mechanism of increasedTransmissibility, the age distribution of cases, or disease severity. The new variant is defined by 23 mutations: 13 non-synonymous mutations, 4 deletions, and 6 synonymous mutations. N501Y, a change from asparagine to tyrosine at amino-acid site 501, is because of its position inside the spike Glycoprotein’s receptor-binding domain, which is used to bind to human ACE2 in human cells. It is highly likely that N501y affects the receptor binding affinity of the spike protein.

This page is based on the article VUI – 202012/01 published in Wikipedia (as of Dec. 24, 2020) and was automatically summarized using artificial intelligence.